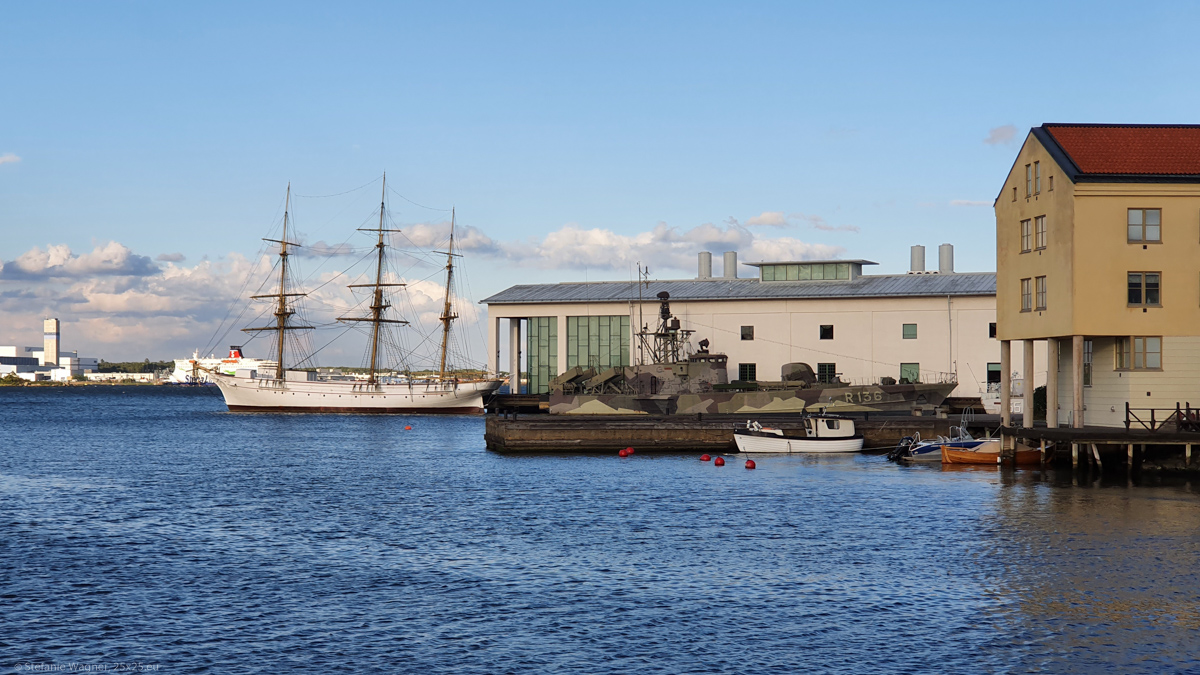 City from a drawing board

If you are from a country like the US you might be more used to cities being planned with a detailed layout. The cities in Germany typically somehow grow. Which means, streets have turns and you don’t have any clue why, there is no regularity in their the distances from each other. This is why Karlskrona was different for me: the founding fathers have planned this city in detail.

If you compare the map of 1694 to the one of today you will see that the streets are mostly still the same.

A lot of the old buildings have survived. Which makes it quite nice to just stroll around the city.

Military past and present

Karlskrona was founded in 1680 when the Royal Swedish Navy was relocated here to the island that was only used for agriculture until then. Hence military was the main reason of existence of the city. The area including its Naval Port is a UNESCO World Heritage Site. On the island of Stumholmen you can still see buildings that had to do with everything around the military (barracks and sheds, but also a bakery, and a clothing manufactory). The Marinmuseum offers an exhibition of submarines, figureheads and models and much more. What I would have loved to see though is the so called shipwreck tunnel. It is an underwater tunnel from which you can see a real shipwreck. Unfortunately, I was there in the evening after closing hours.

This is the kind of tradeoff I had to make. Should I have more time in Norway, especially in the North? Or should I spend some more time in Sweden on my way up? My assumption was that it would be easier for me to return to the Southern part of Sweden than to visit again the very far North of Scandinavia. Therefore, shipwreck tunnel – another time.

We have a dream

There were information boards around the “We have a dream” exhibition. It was very impressive to read through the statements of the people who stand up to fight for human rights and against injustice. Was an unexpected exhibition, one that gave me a lot to think about.