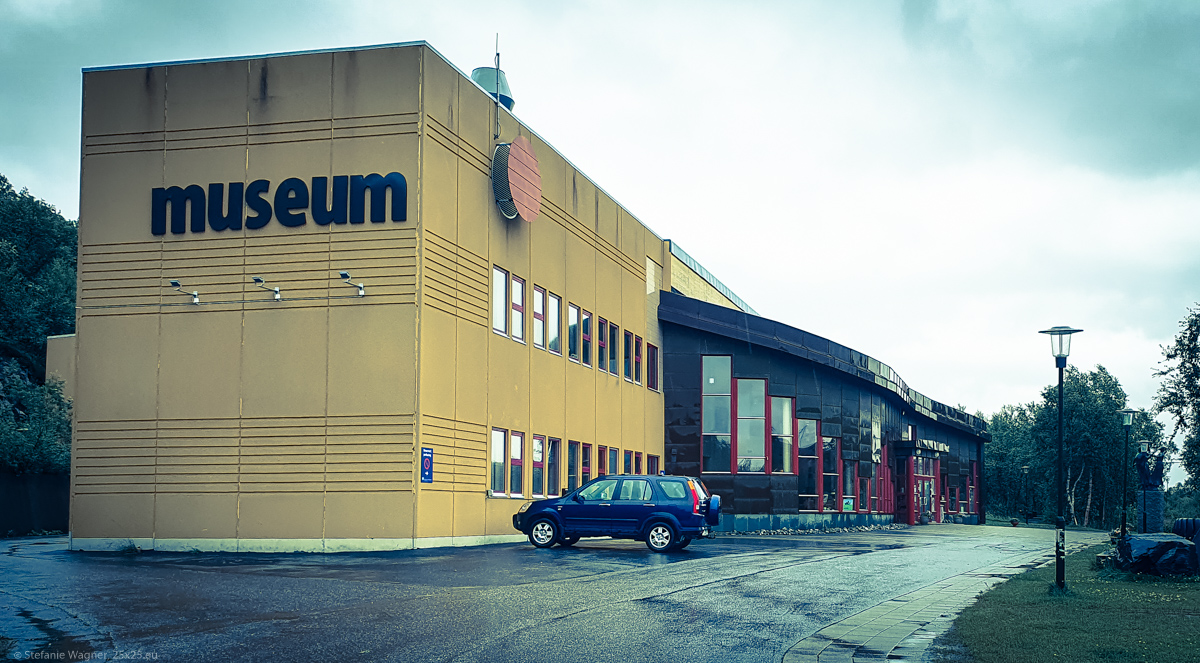 I like the name Kirkenes which means “church headland” (kirke – nes). In 1862 a church was built there. And almost nothing else. Which makes it a reasonable name somehow.

Now, why would somebody build a church in an area where almost nobody lives? I still couldn’t figure that one out.

When I visited Kirkenes it was raining cat and dogs. So, I couldn’t enjoy the town much and made my way to see the Grenselandmuseet (The Border Area Museum). And again learned a lot about the history of a city that is really close to the borders of Russia (10 km) and Finland (35 km).

Somehow I missed this. I don’t know if that was not part of history in school. North Norway is really far from almost anything else in Europe. My assumption was that this prevented World War II from hitting this area. Oh boy, how wrong I was. On the contrary: it was a German base that was important for the so called Murmansk front. From here Nazi Germany tried to occupy Murmansk, an important harbor for Russia and the Allies because it is ice free even in the winter.

This means a lot was going on during the war here. Kirkenes became one of the most bombarded cities. And if that was not enough, when the German soldiers withdrew, they only left burned soil in Finnmark and Northern Troms. This means nothing is left from the early days of the city. This is also true for other cities in that area that I was about to visit.

What will the future bring?

When I was there it was visible that there was a strong exchange between Russia and Norway in that city. Agreements were in place to make crossing borders easy. I thought this is a wonderful step into overcoming differences and that it only can get better and better from here. Another one of my misconceptions. Looking at this now from the perspective of 2022 (see a video here from May 2022) I think it will take a long time before we can resume to “normal”. I still hope it will be some day.