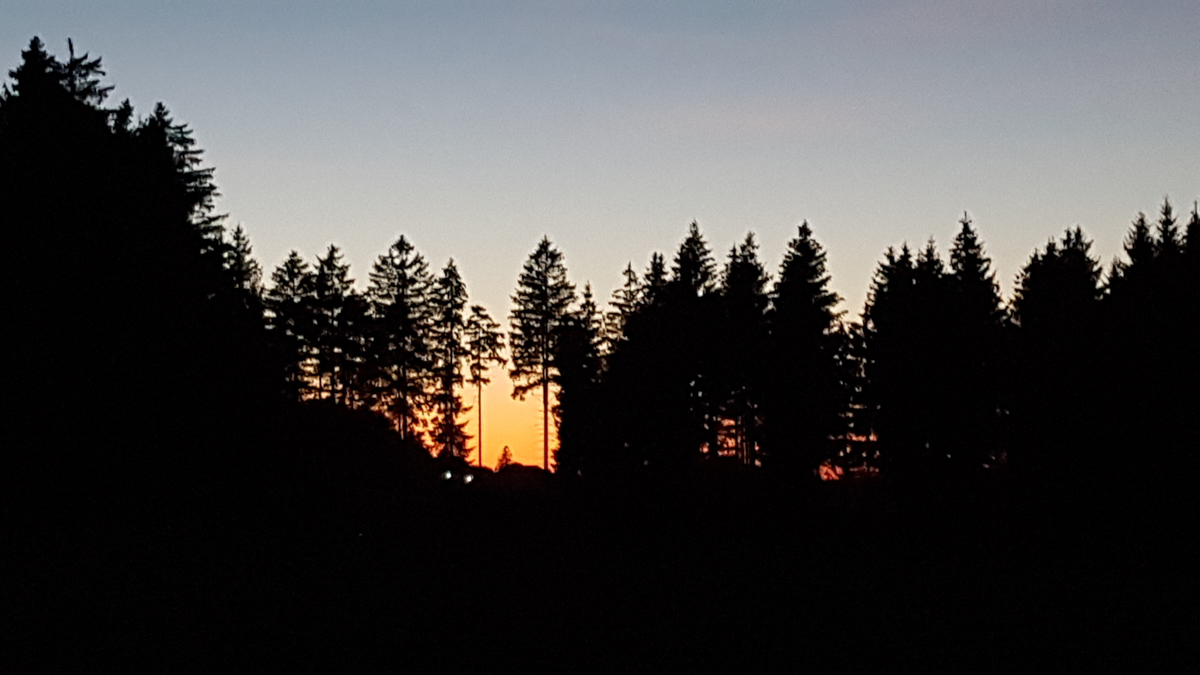 I love hiking. It is hard for me to be near nature on a beautiful day and not want to go and roam around. So when I got the chance after we finished the seminar I was attending I thought I give it a try.

Why a try? Well – because of a moment of inattention my right foot was looking like this. And because of the height of this “ski boot” I chose a shoe for the left foot that was not exactly the preferred hiking type.

This time I wanted to be careful because of unusual footwear so I asked the receptionist if she could recommend a path that I would be able to walk. She recommended a trail, saying it is only around 5 km (3 miles) and it would be fine for me to take.

That sounded good so I followed her recommendation and took off.

Following the plan – a little too much

It was great. We had been in a room all day long and getting some fresh air and a small exercise was all I needed. The path was a little bumpier than I expected but I still continued. Anyway – it was just a short roundtrip, I had time (and – unfortunately – I don’t like to turn around).

I walked, and walked, absorbed in thought about the day and some crazy ideas, and walked.

I saw interesting things along the way. Old and new, the evil irony of fate.

At some point of time I was a little concerned that I was only walking into one direction. But, as I don’t like to turn around, I continued just a little longer. It couldn’t be far, couldn’t it? She said it would be just 5 km in a round trip.

Ok, the sun had almost set and I was still going only in one direction, following the signs of the trail and the trail had become rockier and rockier in between. I took my smartphone to find out more about this trail and Google informed me, that it was a 9 km roundtrip (5.6 miles). That was definitely too much for my disfigured foot. But I still didn’t want to just turn around. This time only because I didn’t like the rocky ground and was looking for a “normal” road. Google told me there was something coming (good) and it would take me more than 4 km to get back to the hotel (urgh, bad!). How did I miss that I already walked such a distance?

I continued towards Google’s proposal just to find out it was another forest track. Not my day.

Twilight hour – at least for some time

The twilight hour was beautiful. I took some seconds here and there to admire the sharp contrast of the trees against the colorful sky. But soon I had to admire the flash light in my cellphone because it was hard to see anything and for sure I didn’t want end up wearing two of those becoming boots.

Did you ever walk in the woods when it is really dark? No moon, sun is practically gone? It is one of those moments where you start thinking all those crazy things (at least I do that): didn’t they write in the newspaper about wolves now living somewhere around here? What is actually on their menu? Anything else I should consider?

I made it, obviously. No wild animal attacked me. No rescue necessary. Enough charge to keep my flashlight alive until I arrived at the hotel.

Did you ever do something “stupid” and you would shake your head if somebody else told you the story?