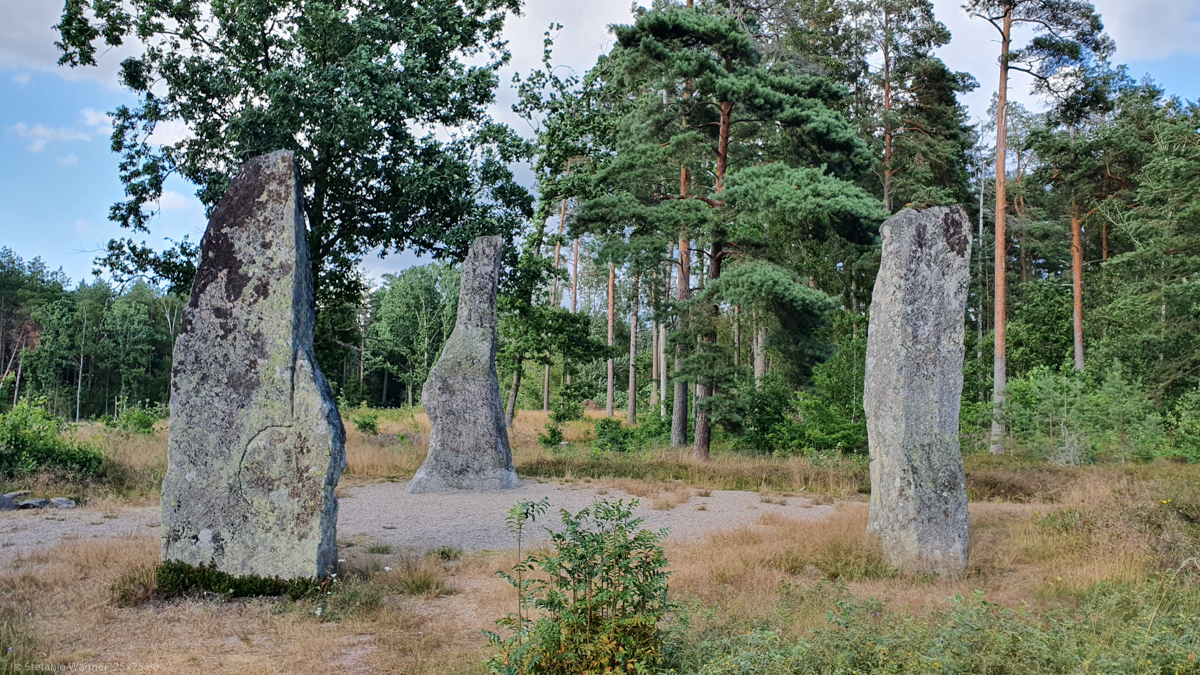 The stone ship of Ales Stenar was already something special. But now the region offered something even more mystical – a runestone with a curse from the 7th century. The runestone of Björketorp is part of a setting of three large stones that form a triangle. They are located a little off the street in the forest. The main one is more than 4 meters high which makes it the second highest runestone of Sweden.

The curse is engraved with runes. They have been colored in red to be better visible (similar to the carvings of Alta) for us today.

Depending of which information you take the curse goes like this:

Information board next to the site itself:

Let’s say, you should better not mess with the runestone. It is for sure different from texts you would usually expect on such stones.

If you look around and follow the small path into the forest you will reach a stone circle, most probably from the Iron Age. The area is supposed to be a burial site. This circle might have been some kind of assembly place as well. I love to imagine how people were meeting there.