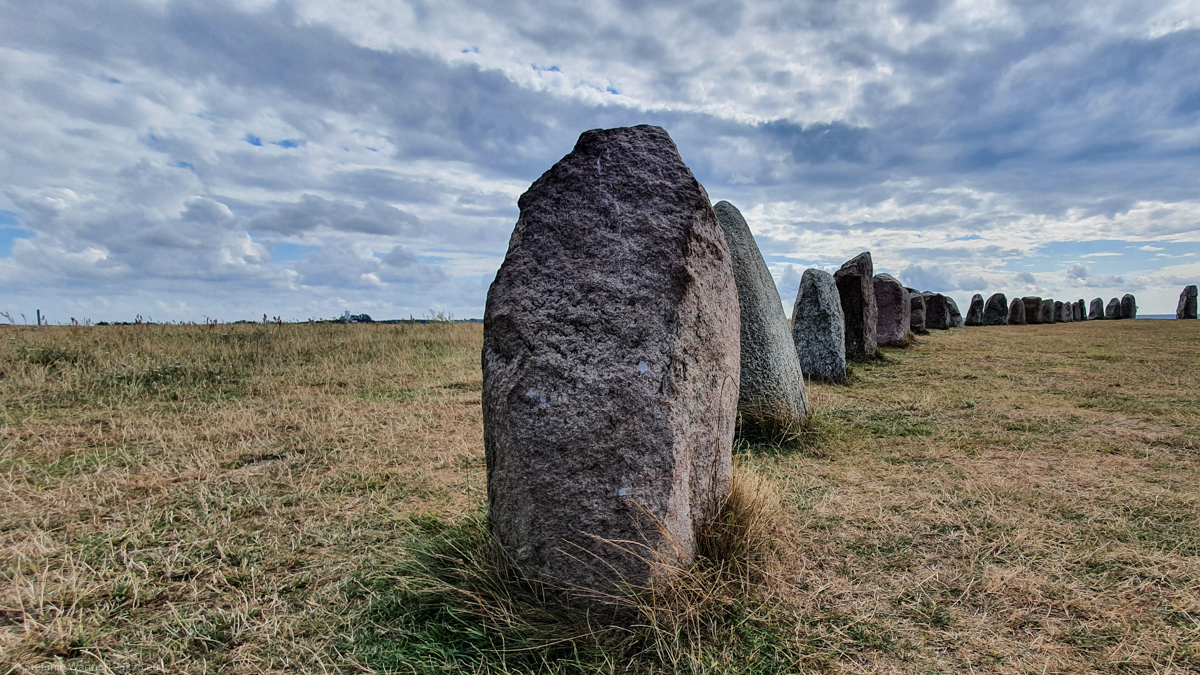 When I think about paragliding I always thought about mountains and running towards a cliff. Seems like I was thinking a little too narrow here. You can in fact paraglide while not moving at all. My night spot was next to the beach. The wind was strong and paragliders used this to just stand in the wind.

While taking a long walk on the beach I was surprised by cows enjoying their time at the beach and in the water. I already had an oh-moment in Rügen with the swans. Now I learned that obviously cows like the ocean as well.

When visiting Lacanau-Océan in France I found history in the sand in the form of bunkers from the Second World War. They turned out to be part of the Atlantic Wall. Now I found out that a smaller version of this (considering the size of the bunkers) also existed in Sweden. Here it is called the Skåne Line that stretched along ~500 km and consisted of ~1,000 fortifications.

Not too long ago we built bunkers all along the shores. Centuries ago people created monuments in the form of so called stone ships. One well preserved example is Ales Stenar (Ale’s stones). It is 67 m (220 ft) long and consists of 59 large boulders. According to an article (“The stone thieves from Ystad“) those stones have been collected from even older monuments. It is very impressive to see such a big structure basically in the middle of nowhere. It sits on a hill next to the ocean and you get the feeling that this “ship” just waits to start its journey.

Consider the effort to get all those big boulders and arranging them. And having this setting survive throughout all the years. It feels a little bit like a very small version of Stonehenge.

What is the purpose of such a monument? The only thing scientist are sure about that it is a grave monument. Controversial are the discussions on whether or not it is also a sun calendar from the Bronze Age (similar principle as the one in Goseck). There is a big information sign next to it explaining the theory even though scientists doubt that it really served as a calendar. I think it is special even if it would be “just” a grave.

I was always wondering how you would protect your farm when it lies pretty much alone. One answer was – build it big and strong. This was the way they did it in Glimmingehus. It is described as a castle but kind of looks like a very big house made of very thick stone walls.

Even though it looks rather simple it must have been outfitted with a lot of extravagant objects as their owners were very wealthy. Unfortunately, all tickets were sold out and I couldn’t take a look inside.