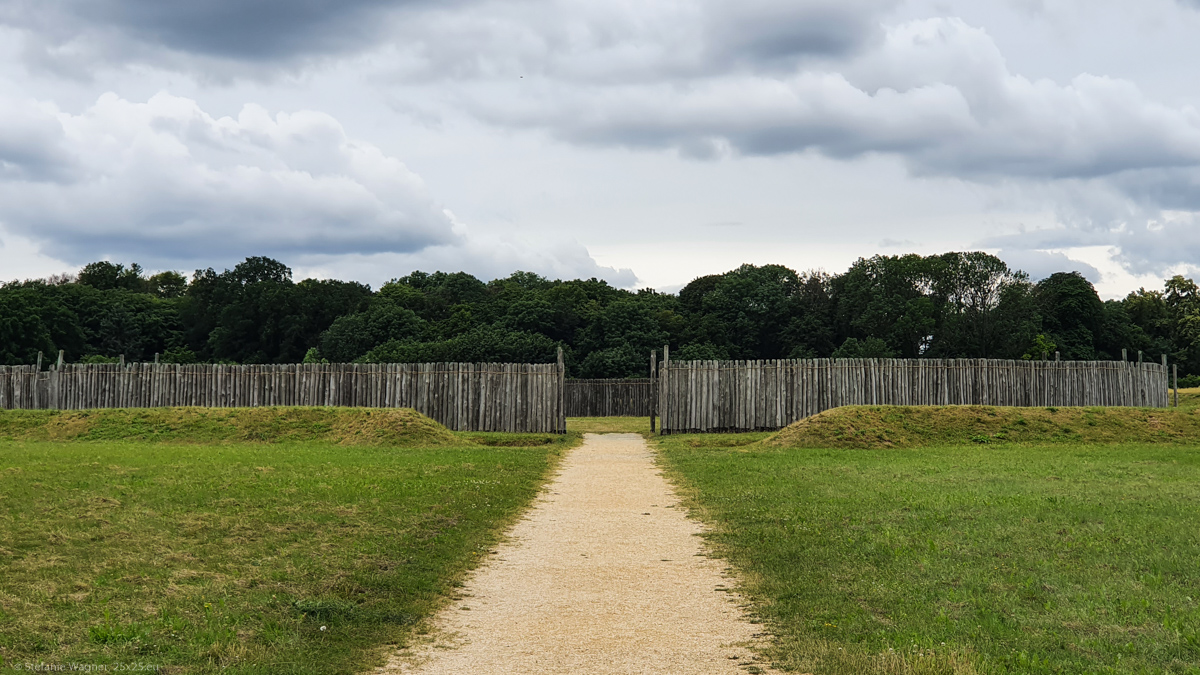 In addition to the dolmen goddess and the Nebra sky disc the solar observatory of Goseck is part of the so called “Himmelswege” (“sky paths”). This is a tourist route linking them together.

Neolithic farmers erected the structure around 4,900 BC. So it is around 7,000 years old. This makes it one of the oldest testimonies for deliberate observation of the sky. Just for comparison: Stonehenge was built around 3,100 BC, the Giza pyramid complex around 2,600 BC. Aerial archeology discovered the observatory. This means it became visible when taking pictures from above (similar to finding the roman fort at Ruffenhofen).

The gates in the circular ditched enclosure open towards the summer and winter solstice. Additionally, they indicate the spring festival around beginning of May. The idea is similar to the Nebra sky disc. Just with wood and rather stationary.

I think this is an incredible accomplishment. First you need to see that something is repetitive. Then you need to build something to keep track of it. Additionally, you figure out all the different aspects of what exactly is the same each year. And finally you put in a lot of effort of constructing a whole site around it. The structure today consists of 1,758 oak wood trunks. This looks like a lot of work without modern machinery.

I wanted to learn more about it in the information center in the nearby castle. Unfortunately, it was closed due to Covid but they forgot to mention this on their website. Just a piece of paper hanging on the door delivered the information. I would really appreciate if facilities having a website would keep it up to date.