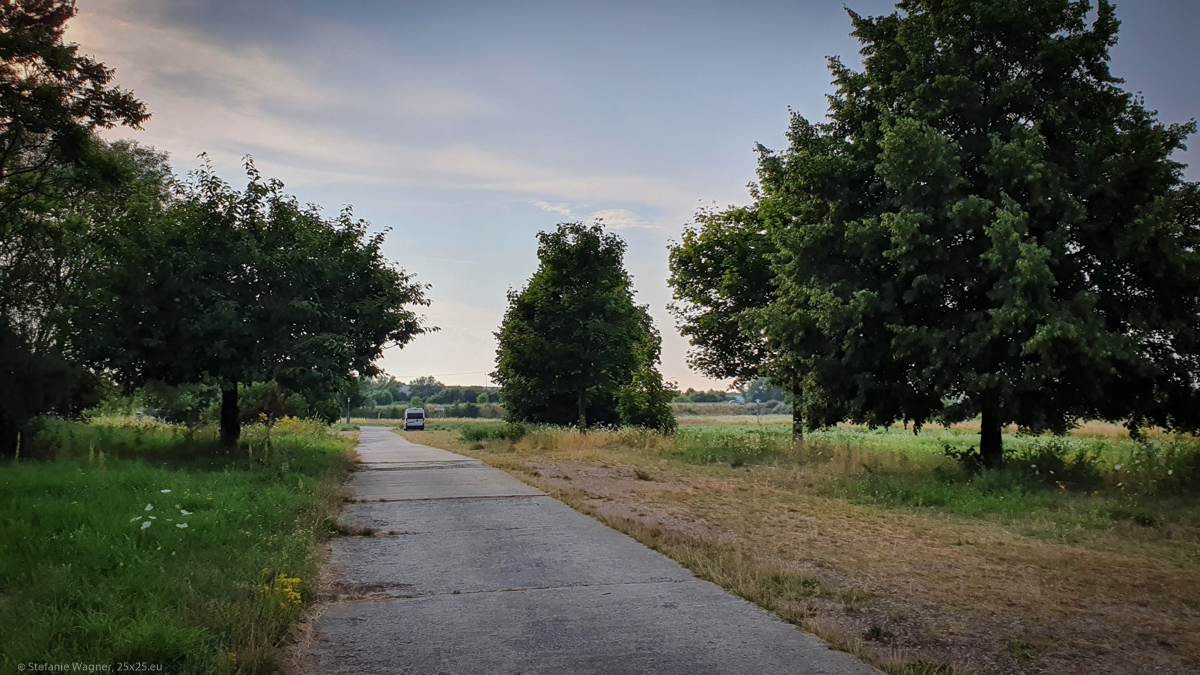 This post is part of a bigger trip I made through Scandinavia.

The main idea of today was to make miles, to get to the North as fast as possible. Which means there was nothing in between to see. Just German highway. The interesting part came in the evening – where will I sleep? Last night I stayed on an official parking spot where an overnight stay was permitted. Tonight I am in an area where there is no such location. In Germany it is not allowed to camp just anywhere you want. On the other hand, it is allowed to sleep in your vehicle when it is necessary for you to regain you fitness to drive. Which is what I plan to do. Therefore, tonight I will just park somewhere.

It seems like this used to be an area of East German “Plattenbauten” (large buildings made from prefabricated slabs). Today they are not that popular anymore plus there are areas in Germany where the population is decreasing. Looking into Google Earth it seems like that there were buildings here that started to disappear around 2004.

Nature is on its way back. Some like this new development and started to move in.

Isn’t that crazy? There are areas in Germany where people with a normal income cannot afford the rent and there are other areas where houses get demolished because nobody wants them anymore.

A train station without a station

Right next to the sign of the parking area there is a sign indicating the way to a train station.

Now – think of a train station. What do you have in mind? Let me make a guess, I assume you have thought of at least a building? As mentioned, we are not talking about a stop, but a station.

No, not here. What they call a train station (and even marking at as a “smoking free train station”) is just an almost unsheltered stop. I don’t know what they had in mind here when setting up those signs but for me it feels like mocking.

At least they have a highly sophisticated bridge that includes more concrete than the rest of the whole “train station”.

I was getting gasoline and saw for the first time a pump for AdBlue (Diesel exhaust fluid) for cars. Usually we just have them for trucks. I talked to the cashier about this and was thinking about whether or not to give it a try. However, I just had filled up before I started my trip and the pump was basically blocked by other cars getting regular gasoline. So I decided not to try it.

Just when I wanted to get into the car again the cashier came out of the building to me and gave me more explanations around how this pump would work. It works slightly differently from the normal pumps. I have never ever had a guy from a gas station come after me proactively to help me out with something. I would have changed my mind and try it but the pump was still blocked by other cars and I wanted to start driving.

Amazing service, amazingly supportive guy. I hope he will keep this trait. He knows how to give customers the feeling that are taken care for. A good start into my trip.