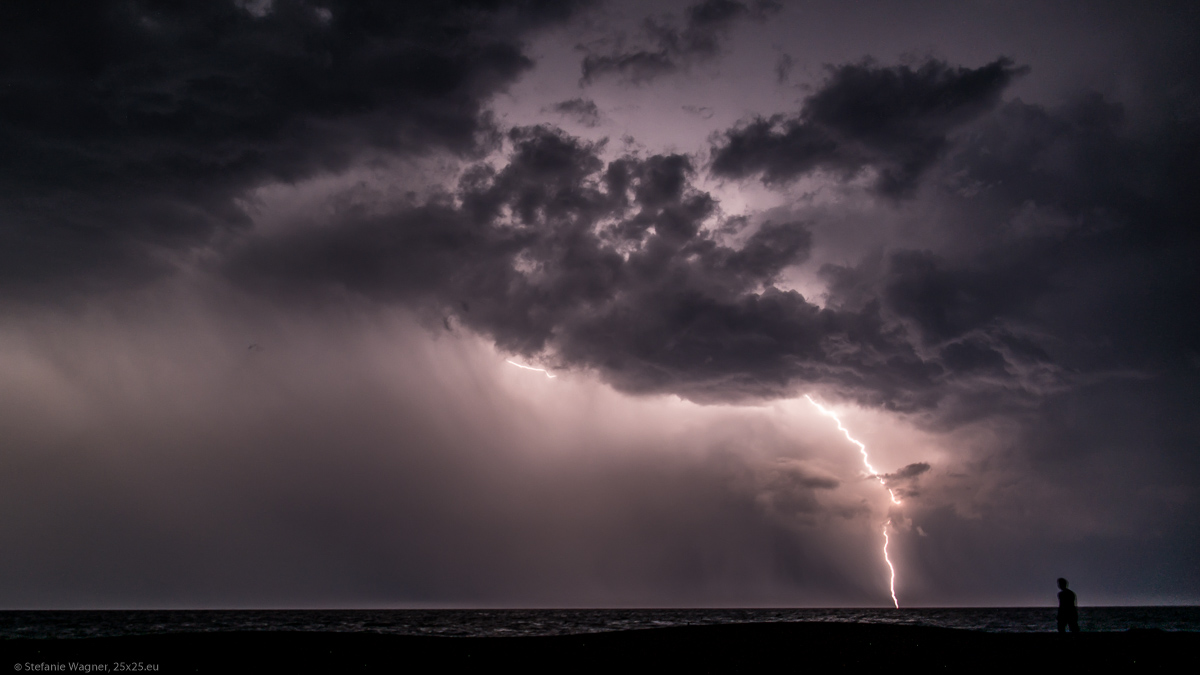 Sometimes it is harder to write about a place you have been a couple of times than about spots that you have just visited once. There are so many impressions and it is hard to pick one.

“We will be just 3 hours away from you”, my friend wrote in 2015. “We will be on a camping ground in Spain with our trailer, just behind the border.” My plan was to go to my parents’ house in France, again. Just like the years before. It is very convenient to have a second home in southern France. But also a little bit boring after more than 20 years. So I wrote back: “What if we visit you there for a couple of days?” It was a safe bet: if we don’t like it we could just go back to the house. If it is good, we would have fun.

My experience with camping so far was being in a tent in a backyard as a child. Yeah, not really the crazy adventure. Coincidence: a local discount store was offering cheap tents for a limited time and I told myself, if there was still one available we would go. As you can guess (otherwise this would not be called “Where it all started”) there was one, I bought it and we took off to Spain with a tent.

It was fun! Just next to the beach with others, the kids could do a lot on their own. And my bank account didn’t hate me even though it was high season and the location great.

The only thing I didn’t like so much was the uninvited ant army that nibbled on our food. Also the water in the tent after a strong rain at night wasn’t exactly my favorite (what you don’t want to hear when waking up is your son saying “Mum, there is a lot of water in here.”). And call me pampered but I like to be able to sleep in a bed. Long story short – I wanted a trailer!

Did you ever have this urge to do something? That you made a decision and you want to push it through right away? It took me less than 3 weeks from the moment I made the decision to find my perfect trailer. It meant some sleepless nights and a visit to the biggest camping fair (coincidence – I spot a a system here – it just happened to be at that time) to pick one. But still it was a strange experience. Until then I only spent money on things we really needed and not so much on something that would just be fun.

Just to sum it up: I had never slept in a trailer, I went camping only for a couple of days with my kids, I had never towed anything with my car. But it knew it was the right thing for me. And everything turned out to be fine. I am still very happy with the decision.

In 2016 (it takes some time for new trailers to be delivered) we went on a 6 weeks trip around Germany, France and Spain and it was the best time ever.

One of the most impressive experiences (so far) in this square was viewing a thunderstorm over the sea in 2018. You would just see the lightning but couldn’t hear any thunder. The sky was a big light show.

It went on for more than an hour. I can understand why in the past people might have thought that gods are fighting or somebody is really angry.

Going back to the Greeks and Romans

Speaking of gods – the region around the camping ground had been populated for a long time. Even the Greeks and Romans settled here and we can now see the ongoing excavations in the Museu d’Arqueologia de Catalunya – Empúries. The city Empúries was founded around 575 BC by Greek colonists.

If you are into history this is a place worthwhile looking at. The part of the Greek period has multiple layers. It looks a little messy because a lot has been built on another and we now see all layers at once.

There are beautiful mosaics.

As you can see in the background there is still a lot of open field. But underground a lot of new discoveries are waiting for us.

Only a small area of them Roman city has been excavated so far. A good reason to come back after some years and see what else has been found.

There was a long wall surrounding the city. Parts of it are still visible.

Gates cut through the walls. If you look carefully you will find some symbol right next to the southern gate.

Yes, if you think you have a dirty fantasy and you recognize a phallus you are perfectly right. This is exactly it. In ancient times this was a sign for strength, luck or fertility. It was used as a protective symbol.

In 2018 we went to the same camping ground for the fourth time, just because my kids liked it so much. But I felt like I am falling into the same “trap” again like I did before with the house of my parents in France. I wanted to see more. So I made sure I added France to our itinerary plus I made day trips on my own to Figueres and Girona.

And suddenly the idea was there. Just like a spark.