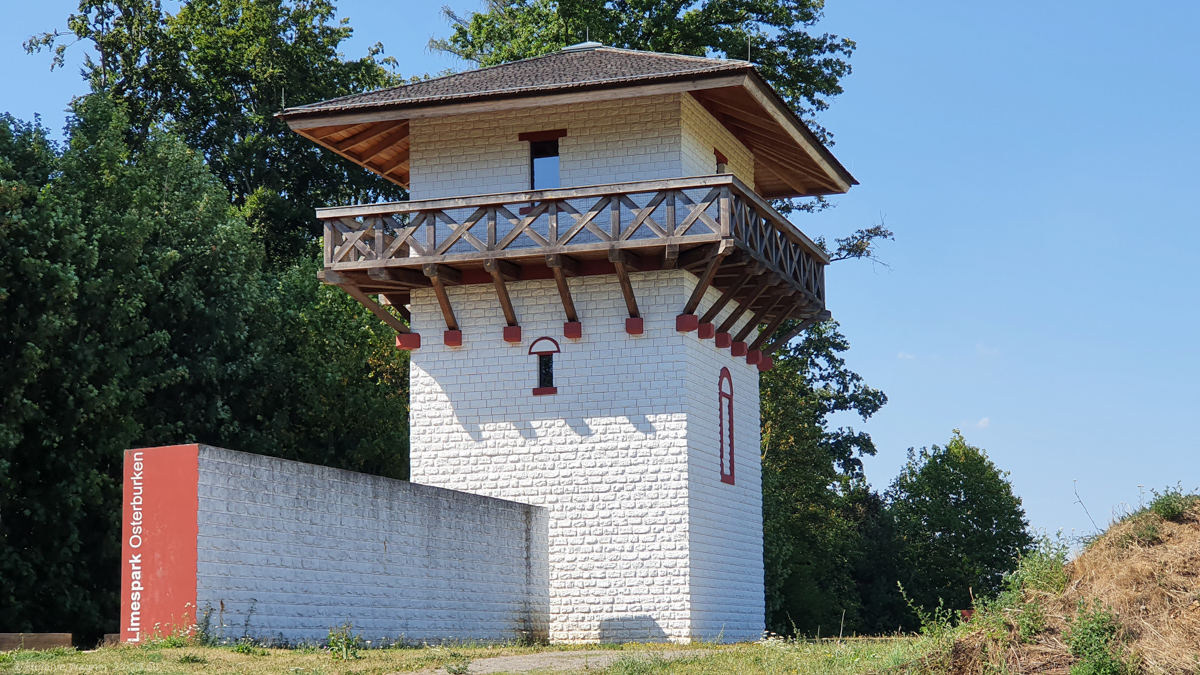 I live next to a town that was directly on the northern border of the Roman Empire (Passau). Here we had the so called “Wet” limes formed by the river Danube. However, in other areas there was a wall, not just a river. So when I had the chance I took a deep dive into limes history.

How to go back in time

Did you ever wonder how archaeologists are able to date buildings almost precisely? I heard about radiocarbon dating before and thought this is how it is always done. But there is another method you can use if you have certain wood with growth rings available – Dendrochronology. You can go back as far as 12,460 years if you have an oak or pine tree in Central Europe for example. Of course I knew about the growth rings. But I would have never had the idea of combining them to form a full reference.

This method was explained in the local Roman museum. As in one era the limes was built by using wood this is how they were able to come up with dates. For example they found a support post in the vestibule of the Roman bath in Osterburken and could date it to exactly late fall of 164 B.C.

The Limes Park does a pretty good job to give an impression of how the Roman buildings and the limes looked like. They built a steal frame to indicate the dimensions of the entrance of a fort.

They have 3d glasses indicating how the area looked in the past so that you can compare it to the view today.

The Upper Germanic-Raetian Limes in Germany is the longest ground monument in Europe with 550 km (340 miles). Just imagine, no big construction vehicles, no machines, 550 km to cover.

I love this way of making history visible. I know that in the future there will augmented reality in our smartphones or in our normal glasses. But right now this is already a very good help to understand how it used to be.

One would think that the watch towers are built of single stones. But in fact they aren’t.

The foundation and the walls are made of basalt. White lime paint primes the lime mortar, on which red grout lines were painted. Already the Romans tried to make an impression.

While I was walking towards the watch tower I thought that something is different. Something I couldn’t quite grasp. Suddenly I realized that the vegetation looked like Southern France, everything was so brown and dry.

Germany has had three summer with droughts in parts of the country. Experts say that down to a depth of almost two meters, we continue to experience a widespread drought – to an extent that statistically one would only expect every 50 years. I read about it before in the newspaper (as my home region is not that affected) and this was the first time that I was really aware of it, that I could see it. Is this already a fundamental change?