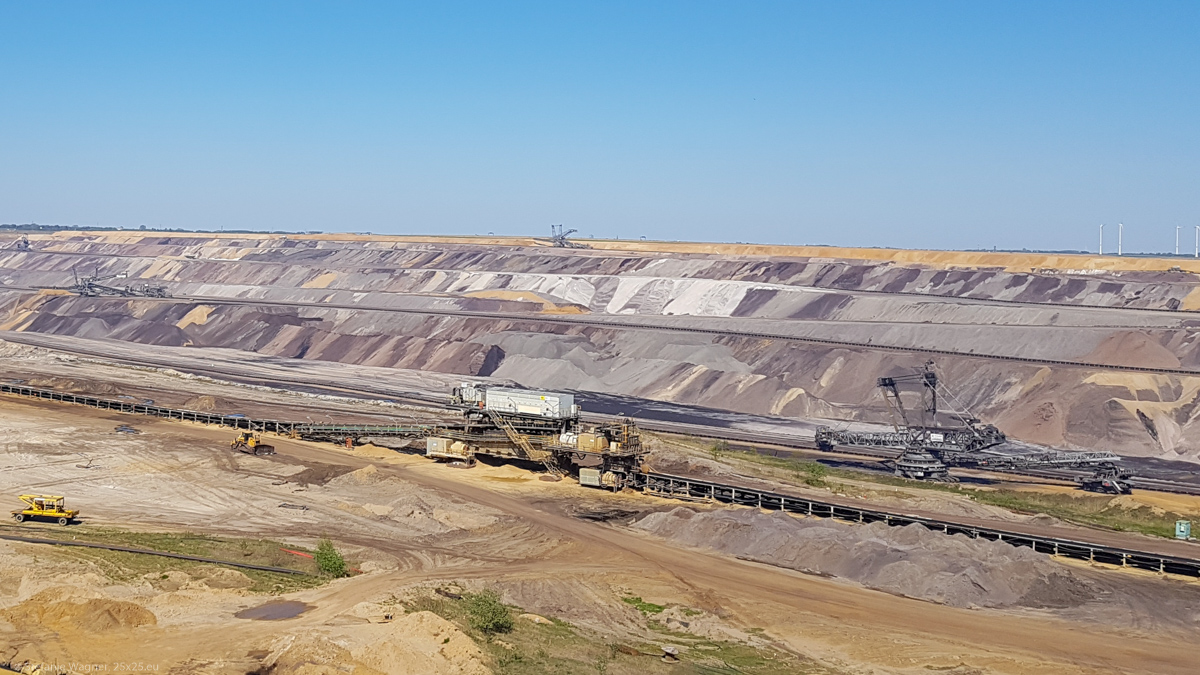 Coal is a difficult topic in Germany. On one hand it is the only available fossil energy in the country itself and (in 2018) still used heavily for electricity generation with a share of around 25%. It is available and reliable. On the other hand coal produces disproportionate more pollutants and as surface mining it destroys the environment and displaces people when their villages get demolished.

The excarvators dig on the left side. You can clearly see the brim. The material will go onto belts and whatever is not needed anymore will go onto the other side to fill up the hole again.

But for all of this villages have to go. In the map below you can see the impact of Garzweiler II on the landscape.

The green parts are those where renaturation has already happened. The brownish part is what is seen on the pictures where the excavators currently work. All the gray structures with names and dates are villages that have been destroyed in the past. The gray striped area is the one that is currently prepared for be worked on. Which means that the orange structures are villages that have been mostly cleared already and which are awaiting their destruction.

But not only houses were/are impacted. Also heritage monuments need to go. In Immerath it was the church St. Lambertus, also called the Cathedral of Immerath, built between 1888 and 1891.

For everything new something else has typically to disappear. There is no progress if we can’t let go. I know that and I understand it. It just doesn’t feel good. The way we build today doesn’t touch the heart as much as older buildings do. There is a new chapel now that even includes some of the remains of the old church. But I wouldn’t stop for it. It is just another modern building.

Why is it that we connect so much with old buildings?