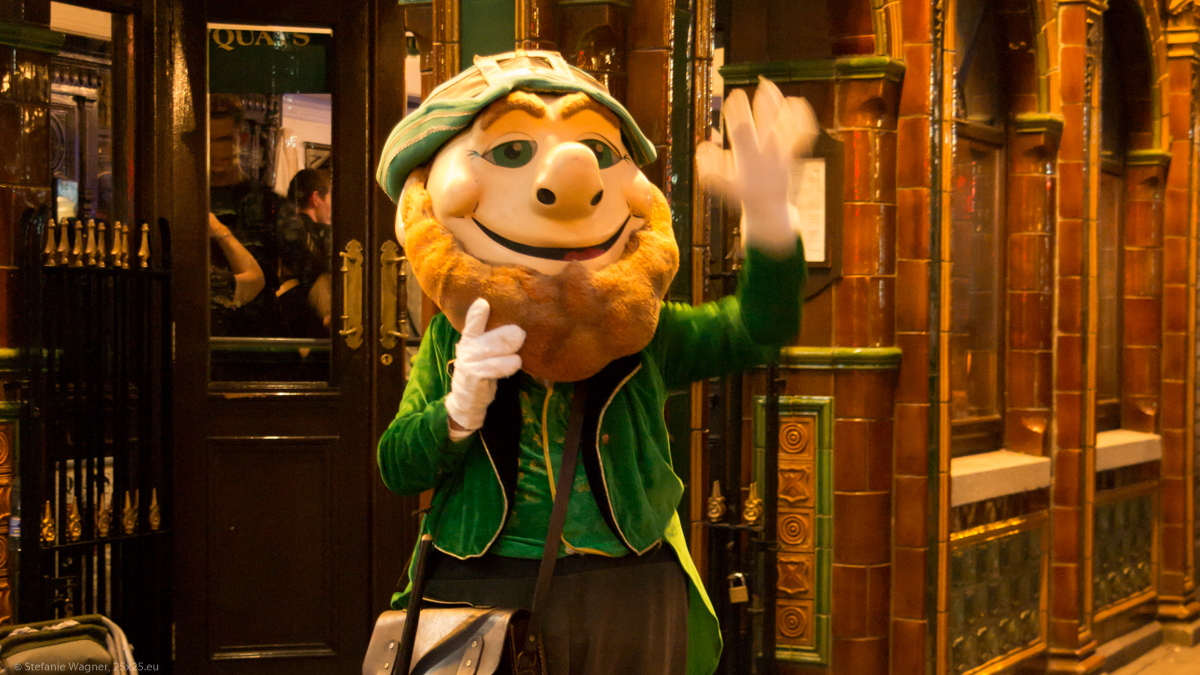 This visit already happened in October 2017 but I put it in my list as it was special enough that it “counts”.

Similar to London one of the first impressions was the visible transformation of old into new right next to each other. There was this church that looked like it just hopped out of a medieval setting. And alongside this huge building was erected that will now dominated the setting and give it a totally different character.

Colors of the night

I am not able to capture the sparkles of light at night properly on a photo. But just be assured that it looks beautiful to walk along the Liffey.

Every country has turning points in its history. Something that has changed the country forever. For Ireland one of those is the “Great Famine“. I didn’t really know about it (I think this was not part of our history curriculum at school) but when I came along the Famine Memorial I instantly knew that something intense had occurred in the past. Did you ever experience this, when an artist can make you feel what has happened instead of just showing it?  The memorial depicts starving people walking towards the ships that would bring them overseas to escape hunger and poverty.

1.5 million died and another million emigrated during that time. Even after the famine had ended the economic situation was bad which lead to further emigration. This left Ireland with around 3.5 million residents in 1901 compared to around 8.1 million before the famine in 1841. This also had a big impact on the national language which started to disappear.

I have been to cities before where there is more than one official language, e.g. cities in Catalonia in Spain and Bangalore in India. Every time there is a local language that is supposed to be part of the area’s identity, and the other language that for some historic reason is now a dominant official language. In Spain for example it is Catalan and Spanish, in India it is Kannada and Hindi or English. Here in Ireland we have the irish language Gaelige and English.

There is almost nobody left who speaks Irish as the native language but while being in Dublin I saw the efforts to keep it alive and you can hear it as well. It took around an hour from the hotel to the city center using the tram and every stop was announced in English as well as Irish. It is pretty obvious that there is no similary at all between those two languages (if you would like to listen, check out this video at 2:30 or 4:04).

If have grown up speaking standard German only. So I have not experienced this situation. But I can imagine that something of the local identity gets lost when a language vanishes. According to Wikipedia there are only around 140.000 native speakers left (as of 2012). It is a subject in school but it seems to be one that kids are not too happy about.

I hope that it will be preserved somehow because it sounds unique and special and it feels like it belongs to the Irish landscape.

Would you recognize him?

I am not a religious person but this sculpture touched me. I discovered it while walking around Christ Church Cathedral.

If you look very carefully you will see marks on the feet that indicate that this is Jesus lying on a bench. Typically, I would pass by not taking a closer look. But this made me stop and think. What if the person described in the Bible would be amongst us today. What would he think, how would he feel? Would he become exasperated with us?