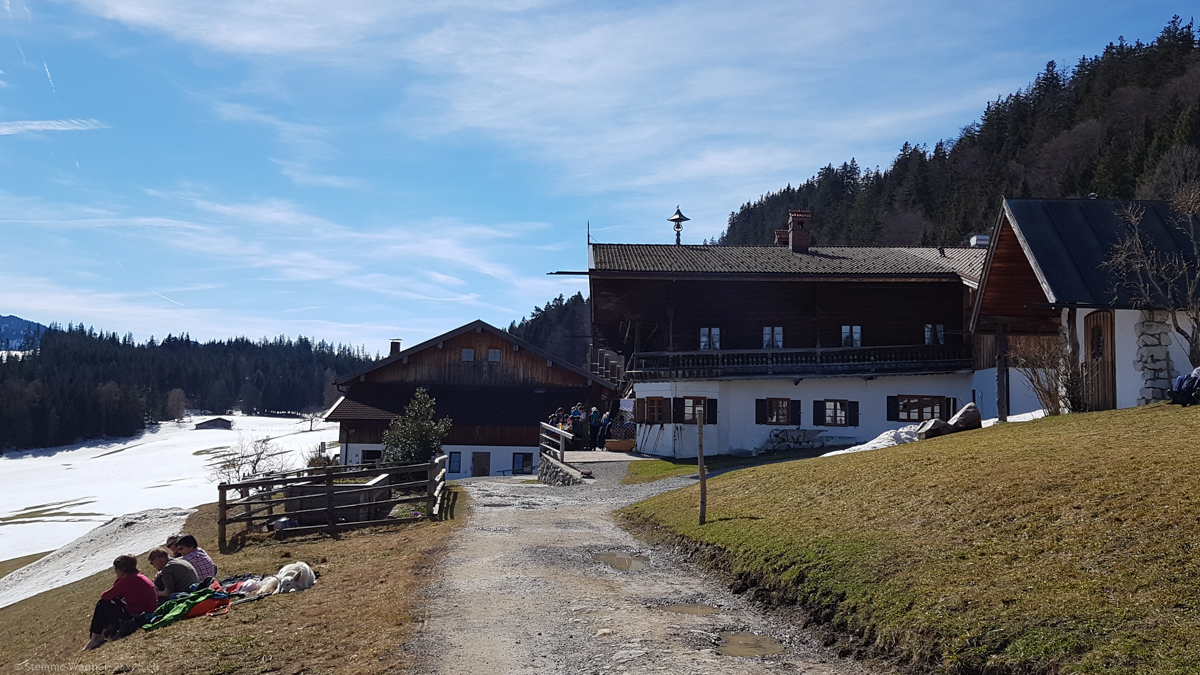 While being around the “Tatzelwurm” I took the time and went for a long round-trip hike up to the “Hohe Asten“. It is the highest year-round farm in Germany. I am amazed that people still have the will to do the work that is necessary to keep such a farm up and running (even when it is accompanied by an inn). A lot of manual effort is required and I don’t even want to think about what it means in the winter.

It seems like the connection between the owners and the employees is really tight. A bench carries this badge “donated to our beloved boss”.

Do you agree with this quote? I think it needs some slowness to really let new impressions sink in.

Note to myself – just because it is a rather warm day and the snow in that area is melting doesn’t mean that the paths will be free of snow. Yes, I know, should be a rather obvious thing to consider but what should I say. Luckily I was able to borrow some hiking sticks that helped me out at least a bit.

This was the first time I went for a hike while snow is still around. The nice thing is that there is a lot of melting water which creates small waterfalls in the woods. Small lakes are still half frozen.

The snow melted in interesting regular circles around the trees.

The world how it used to be

The trail I took was practically empty, just me, myself and I. And more than once I was able to hear just nature. No car, no talking, no plane, just birds and the the trees in the wind. This is how our planet sounded like for most of its life.

But you will never forget that traffic is there. The moment you look up into the sky the man-made clouds are visible.

I only had a rough map plus there was no cell phone connectivity most of the time. Because the path was not marked so well I took the wrong turn on my way up. I also was about to role a dice at another parting of ways on my way down. Even though I was mostly alone exactly those two times I met other hikers who were familiar with the area who could give me directions. Good luck or a supporting universe.