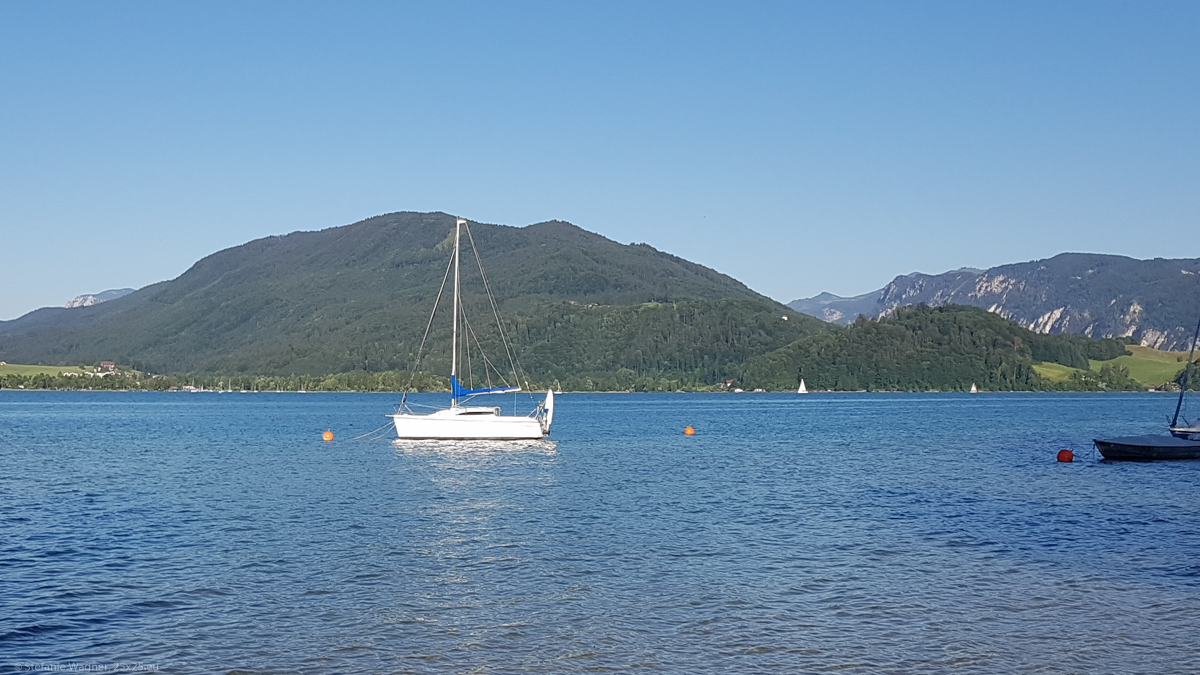 Sometimes it just needs to be some family time. That weekend it was hot, really hot. I mean unusual hot. And you can ask yourself if this is only weather or already a climate thing (see here for the difference between weather and climate). The best place to be in that case is next to a lake. So time to take the trailer and go for a ride.

The Mondsee means literally translated “moon lake”. But it has nothing to do with the moon. The name started out as “Mannsee”, named after an old noble family. Over the years it became “Mondsee”.

Well, this sounds a little boring. So there is an ancient story saying that a king was riding towards the lake on the hills not seeing that he was approaching the abyss. Just before the edge he saw the moon’s reflection on the lake and was saved.

This specific cliff has also an interesting name: “Drachenwand” (dragon wall). It is said that a dragon was living here until he was defeated by a knight.

I love stories like that because they foster creativity. And there are more of those around us. The name of the street right next to you might have such a story. And if it doesn’t, make one up :-).

It must be great to hike up there but unfortunately it was too hot during those days for a trip with kids.