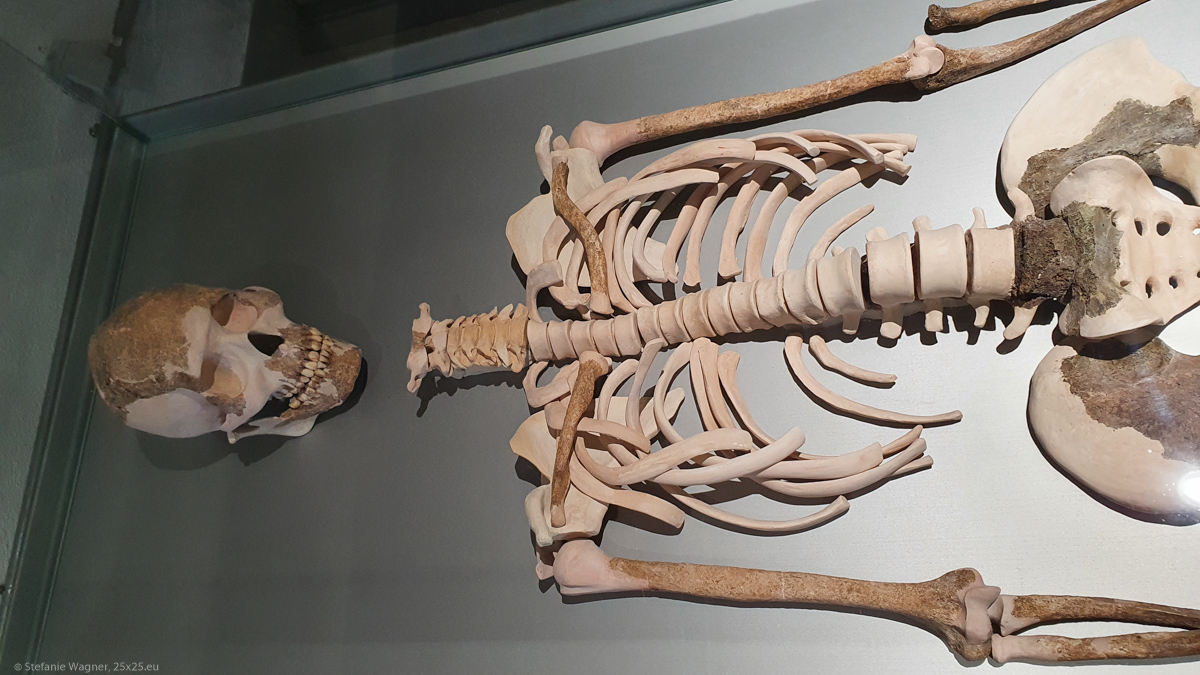 Small museums can be really charming and Kipfenberg has one of those. It is not only dealing with the Romans but also looking in more details at the history of the Bavarians. This made it interesting because it feels like in this area the Limes and therefore the Romans are the only center of attention.

In between two cultures

Around 400 AD a bohemian tribe migrated to the region of today’s Bavaria. In the oldest written sources this group was called "baiovarii". This ist Latin and means "Men of Bohemia" and one of the possible origins of the name "Bavarian".

Typically cremations took place during this time. However, in 1990 the body of man was found who received an elaborate body burial in a richly furnished individual grave around 450 AD. The "warrior of Kemathen" allowed insights into the living conditions at that time.

You can read through a full description of his health status in the museum. Even though he was just around 30 years old he already had quite some issues that might have bugged him, e.g. extensive caries. I can’t remember but I think the cause of death was not clear.

The interesting part is that this grave contained Roman and Germanic grave goods. The finds of sword, shield, belt and drinking cup made of glass prove that he was a Roman officer. On the other hand, clay pots, silver rings, iron brooches and pig bones as well as the body burial with full armament mark the dead as a Germanic chief. He died during a transition period. The Roman Empire was in retreat and new things were arriving. He was just in the middle of something.

Was this what he had in mind for "eternal life"?

In the middle of Bavaria

How do you calculate the geographical center of something that doesn’t have an even shape? Take Bavaria as an example.

I learned that the answer is that a geographical center is calculated by taking the balance point of an area. If you cut out Bavaria and put it on a stick at exactly this point it would not fall (though I am pretty sure this is not exactly the manual for how they determined the spot). Make a guess. Where would you think the center is?

I must admit I would have put it a little more to the right.

They marked the site with a big rock. I like that. Nothing fancy, no complicated art that needs to be interpreted. Just a plain "here is the center".