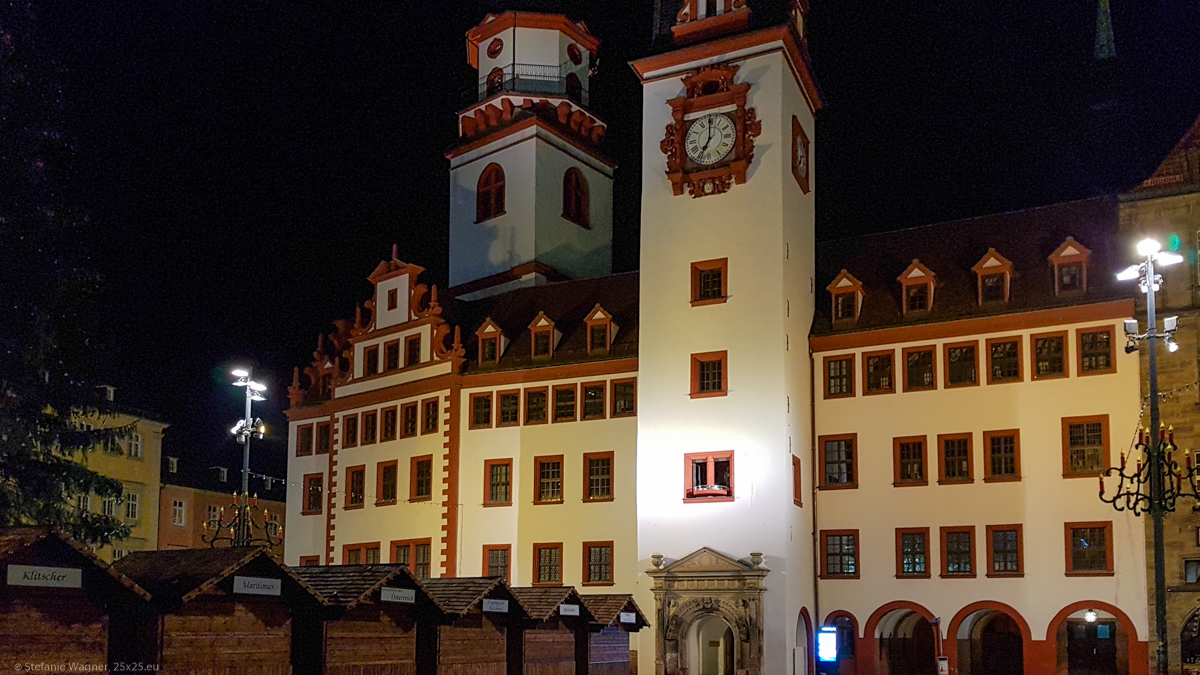 When I roam around it feels like you have been abandoned. Everything is so empty. I give you an example. I went downtown, to the pedestrian area. It was 6.30 pm on a normal weekday. So not like … midnight or something.  You have this beautiful city hall. The Christmas market has already been built-up. The chimes are playing. But like in one of those last days movies where most of the population vanished due to some catastrophe there was almost nobody there.

And that was not the only time I ended up in deserted areas. But I need to admit that it was usually later during the night.

You had to transform yourself after the German reunification which is a difficult task! So you can be proud of what you have achieved so far.

You are fighting far-right nationalistic mindsets and you have to bear a lot of tension and protests that were the result of a stabbing. It is extremely difficult if this is all people see in the news about you.

You are colorful in funny places like the chimney of your cogeneration plant.

Perhaps I just need to visit you as the only purpose of my trip. Perhaps in the summer. And take my time to really get to know you. I am sure you would impress me.

So I will be back one day, just for you!