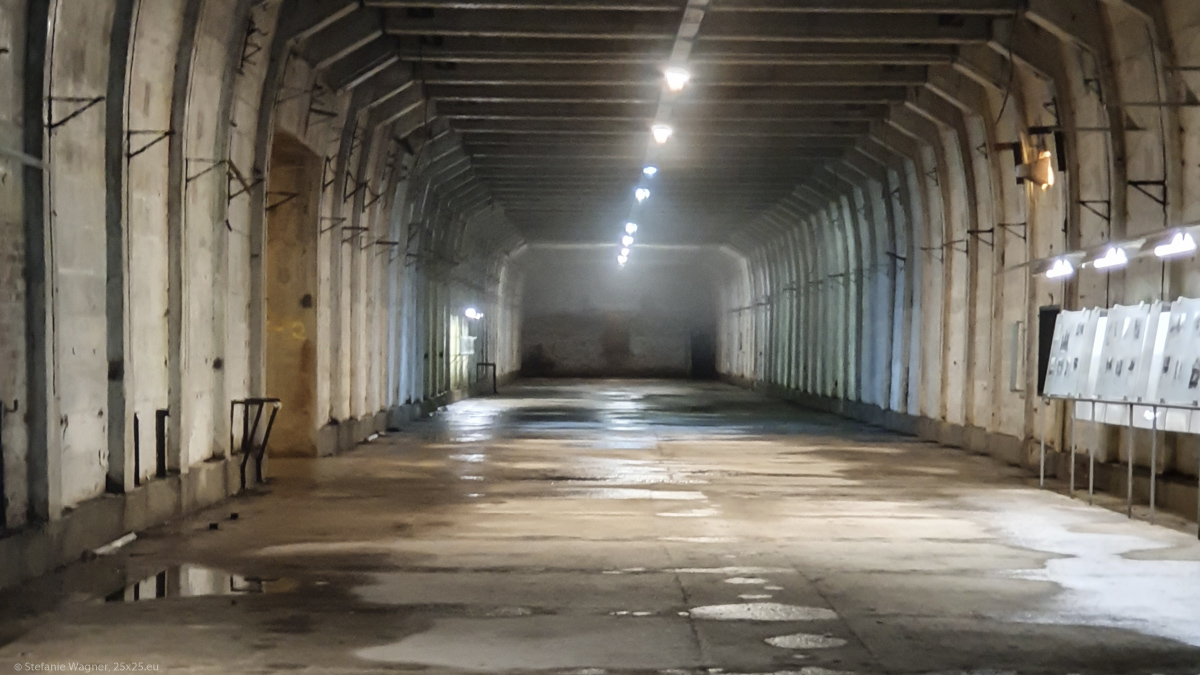 The good part about getting older is that you don’t care as much what others think about you. Therefore, I admit that I am totally happy with my e-bike and that I am using it for doing more and longer bike rides than before. If some folks think that is not sporty enough and cheating – I still smell like roses after 25 km, what about you 😜.

A ride to Ebensee

This is an around 30 km/ 18 miles one way ride. At first it is just next to some main streets. Then it goes along the lake Traunsee which is the deepest lake in Austria (191 m, 625 feet).

On the way I passed through Gmunden which has an impressive city hall with ceramic chimes. I didn’t even know you could use this material for such a purpose. I thought it would break when used at this size. The idea for those chimes grew a lot later than the building itself. They date from 1958. The area is famous for its ceramics. This is why they wanted to make those chimes special. Ironically their own ceramics didn’t work for this purpose and they had to order it from another area.

First stop was the Rindbach waterfall. It is nothing really special. Just a small waterfall that flows across multiple steps. It is a nice scenery and a good shady place on a hot day.

I got a light gorilla pod as a gift from my son that allowed me to take time exposures. And I had time and the opportunity to experiment. I am always amazed how soft water can appear when you change time. It is almost like fog.

It is the same water, it is just something we don’t see with the way our eyes work. We think that what we see is the truth. But it is just our personal truth. The person right next to you might perceive things differently. Still you are looking at the same thing.

The Second World War and what happened there is something we should not forget. We can’t undo it but it is our responsibility to make sure it never happens again.

There used to be a subcamp of Mauthausen concentration camp near Ebensee, the Ebensee concentration camp. They have a small local museum that explains the political situation and what happened here. I was the only visitor (might be a combination of the topic and less travel due to the Corona pandemic) and I had enough time and privacy to read through a lot of the information.

Until then I was mostly familiar with what had happened in Germany itself but wasn’t that much aware about the situation in Austria. All leads to the question: “how could all of this happen?” And for me it always boils down to the same principle: it starts slowly, people are upset about something, politicians are not capturing the mood, other groups form, those groups get stronger, and even though they are a minority they are loud and start to carry out what they think is right. The silent majority doesn’t care or hopes it just goes away. And suddenly the minority made its way into the right positions and have the power that they execute in a ruthless way. The initial ground might be different in each country, but the line of events is similar.

Do we really thing this cannot happen today? Are we taking democracy for granted? Do we hope for the one leader who could fix all our problems? What about the war in Bosnia, what about Rwanda? How thin is our layer of civilization and compassion? Where will the current conspiracy theories take us? How divided is our society already?

The whole purpose of the concentration camp was to provide forced labor to build tunnels for underground production of different machines. Today this area looks totally peaceful. But it was a location of pain and death. There is a whole tunnel system and one of the tunnels is open to the public.

Again I was the only one and I had the chance to have a longer talk to the guy who usually sits at the entrance. The whole area is still in its original shape. Means that what you see on the picture above is really how it was built in 1943-1945. Some of the tunnels still exist, others have collapsed.

More than 8,300 prisoners died during that time.

After the liberation the barracks of the camp were used for displaced people. But the officials tried to get rid of the remains as soon as possible and started to convert it into a residential neighborhood. Only the archway of the entrance was kept after the protests of local representative of the Austrian concentration camp association. Today you drive through this gate on your way to your house. Life needs to go on, but still it is a kind of cruel normality.

Right next to the residential area is a cemetery with a memorial. During the war they were only numbers. Here they are humans again. They get names again. They become visible.

It is an area of absolute beauty with a painful sting of history. It gives you a lot to think about.