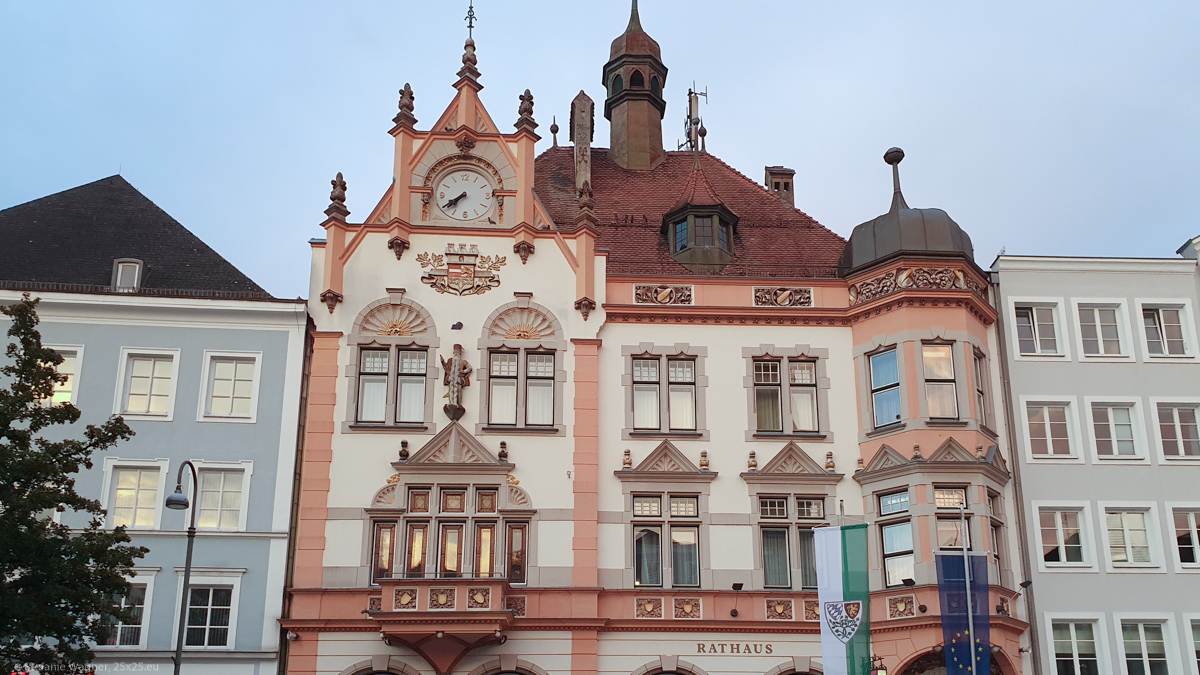 Being reduced to a baby

You can be one of the oldest city in the section Innviertel of Upper Austria, you can have a beautiful center showcasing the Inn-Salzach architecture, you can have a funny story of a guy with a very long beard or a man riding a fish, you can have hosted the first democratic structures with the first parliament of Bavaria in December 1705. It all doesn’t matter just because some baby named Adolf Hitler was born here and spent its first 3 years in the city before moving elsewhere. This is what this city is now famous for. Really unfair. Nobody likes to be identified with something you have no control over. So this is why I am going to show you what else Braunau am Inn has to offer.

Riding a fish can lead to some trouble

Braunau is closely connected with Simbach. They are only separated by the river Inn which is the border between Austria (Braunau) and Germany (Simbach). A bridge links both cities. The first thing you will see when you start crossing the bridge from the Simbach side is a giant sculpture of a fish and a man riding the fish. It was erected in 2008, means it is rather new.

Let’s take a closer look at the man. He is pretty much naked, only wearing a very short loincloth. So, when you are looking at the sculpture from the backside you will see his butt. This might not be such a big problem. Other cities have slightly offensive sculptures as well (e.g. Trostberg) but in this case, well, you will see more than just his butt. I leave it to your imagination.

Now that you have this picture in your mind you need to know that the fish and the man are looking towards Simbach. This implies that the back of the man and all he offers is positioned towards Braunau. Let’s say, this didn’t make all of Braunau’s residents totally happy. According to the records there was no intent to offend Braunau in any way. But still it is a funny thing to notice.

Impressions of a river

Crossing the bridge means you can see the special load of the river Inn. It is always a lot lighter than other rivers as it carries glacier silt.

In the evening you can have a stunning view.

A lot of the houses are not as old as you might think. In 1874 a huge fire that started in the city center destroyed more than 70 houses. One of them was the city hall. So what you see now is a building from 1903. Even the emperor Franz Joseph I. came for its opening ceremony.

Be careful with your fashion statement

Braunau’s church St. Stephan has one of the highest church towers in Austria (87m). It is a very good orientation point when you are roaming around the city. On its walls you will find many epitaphs.

One of them shows a man with a remarkable long beard.

This is or rather was councilman and chief magistrate Hans Staininger who lived in Burghausen between 1508 and 1567. He was very famous for his beard that was around 2 m long (6.5 feet). Usually he carried it rolled up in a pouch. Legend has it that he died after tripping over it. While this might be historically not correct the length of the beard is in fact true. You can still see it (without the rest of him) on display in the local museum. After his death, his beard was removed and kept as a family relic and was given to the museum in 1911.

As you can see, Braunau has a lot to offer. Don’t miss out the chance to see that just because there was some unfortunate coincidence in the past. Always be open to the things you haven’t expected.