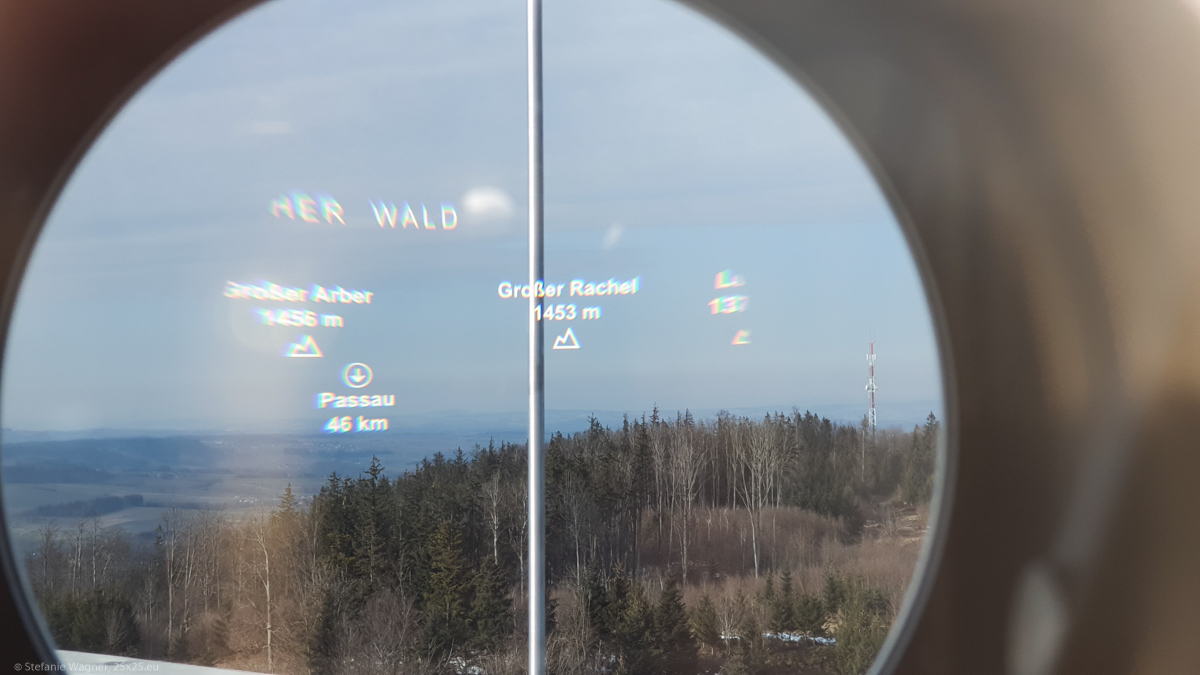 The beginning of 2021 meant staying at home. Covid came back with its second wave and everything was in a lockdown with constantly changing rules. Touristic travel not possible. However, being out on your own for a day trip was allowed. So I hopped on my bike the moment the weather looked good enough to go for a ride. I checked my map and decided to visit Ried im Innkreis.

Architecturally Ried is a rather typical town in this Austrian area. And all the museums or other official buildings were closed. So there was nothing in particular that attracted me (more than it was not the spot where I was living). It was more a “the way is the goal” strategy and to see what I would find along the route.

A bike path along the Inn offers a beautiful view onto the river.

The February morning sun gave a warm welcome to the Vornbach Abbey on the other side of the Inn. The Inn is a border river between Germany and Austria in that area. This means, I was riding on the Austrian side whereas the monastery is on the German side. The abbey was founded in 1094. The buildings are of a newer date, though. It was dissolved in 1803 during the secularization of Bavaria, which means it is not an abbey anymore.

I wonder why they were so eager to place monasteries very close to the rivers even though that meant (and still means) dealing with floodings. Vornbach is just one example. Another famous one is Weltenburg Abbey at the Danube.

Once in a while I wonder who is making the plans for things like bike paths. I mean, who do they have in mind? I got the feeling that the intended persona has to be a “normal” cyclist. This means two wheels behind each other.

Now, what about e.g. families with a bike trailer? Doomed! This looks more like a patch for an already existing bridge than a proper plan for a bike path. And yes, this is the official R3 Innradweg (Inn Bike Path).

I am a self-confessed bookoholic. I love book stores and I always have a pile of books that I still need to read. My motto: one can’t have enough books, just not enough book shelves. Which means, I always get weak when I come along a book exchange option like this in an old phone booth.

I think it is a wonderful idea to not just throw books away but see if somebody else would like them. Moreover, did you know that trash collectors in Ankara even created a whole library by using thrown away books?

Ried im Innkreis multiple churches. One of them has gravestones attached to the outer walls (just like in Braunau).

I find it very interesting how different the humans treat death and remembrance: from pyramids and a Taj Mahal to mausoleums to such gravestones to burn me and throw my ashes and I am fine with being gone.

Just next to Ried there is Aurolzmünster. This little town has a path with trees that is supposed to represent the Celtic tree horoscope. You never heard of it? Me neither. I didn’t know that this was a thing. This horoscope or cycle assigns each person a tree of life, based on the birthday. And each of these trees of life has certain qualities and powers that represent the person born with that tree.

Wow. Very powerful, very nature connected. I link to a pine which represents patience. Hmm, I wouldn’t have considered that to be my strongest trait 😂.

Back home I even found a long (German) article about the Celtic tree calendar and that it originated 2,000 – 3,000 years ago. Could it be that I am an atypical pine?

Wikipedia jumped to my rescue explaining that this whole concept is a myth. This “horoscope” has its origin in a book (“The White Goddess”), published in 1948, in which the author randomly assigned Ogham signs to trees. Then this work was picked up by a French journalist in a series of articles for a fashion magazine in 1971. Those are the most popular basis for the Celtic tree horoscopes nowadays.

In the early days of this horoscope a translation error introduced the cedar as one of the trees. The cedar arrived in England in the 17th century and for sure has never met a Celt. Nevertheless it is still part of a lot of those horoscopes, even the one of Aurolzmünster.

Still this idea offers the opportunity to plant a lot of different trees. Funny.

Ok, Ried was nice. However, the map indicated that there is a lookout more or less close so I thought I would take a 30km (18 miles) detour on my way back home to visit the Luisenhöhe.

First thing to notice: The summer toboggan run was closed (as everything was closed) and nature already started reclaiming the premises. A lost place like impression.

Second thing to notice: the moment you go up a higher hill, winter comes back in areas with shadow. Slippery snow – something I didn’t miss.

Third thing to notice: a stump can always be used as a foundation for art. So don’t just cut it.

The lookout is 32 meters high and has a wooden structure. From there, the panoramic view extends over the Inn and Hausruckviertel, and the Bohemian Forest.

They have a nice telescope that shows city names with distances and mountains with their height. I think this is a great idea. Typically there are only information panels with a picture and the names and then you need to figure out where they are in the real world.

Passau, 46 km (28 miles). The sun was already beginning to set. Time for me to go home and better be fast. I knew the last part would be the bike path again and cycling there in darkness is no fun.

I went home as straight as possible. However, there were still some moments to pause and just enjoy.

It’s not a competition

Overall I did a tour of around 125 km (75 miles) in less than 8 hours including some walking to the lookout. I used my e-bike, however the provided support wouldn’t cover all the way. Which means at least half of the way I was cycling without any additional power. No matter which way I take, at the end of each tour I will need to go up some very steep and rather long hill. This is nothing you would like to do after an all day bike ride. Consequently my e-bike motivates me to do such tours. I wouldn’t do those distances without an e-bike in the first place.

At the end of this day my legs felt like rubber. I definitely found my current maximum (to be honest, I was sure found it already 20km before, but I had to get home – that was a little over the limit). Nevertheless, I have a friend who told me that I “cheated” because I used an e-bike.

Nope. Not everything is a competition. E-bikes allow us to take rides we wouldn’t be able to do without them. Never let something like this get you down and prevent you from doing things! Take any support you can get to do what you want to do. Others might be able to do it without support? Good for them. But what matters is what is good for yourself, not for others.