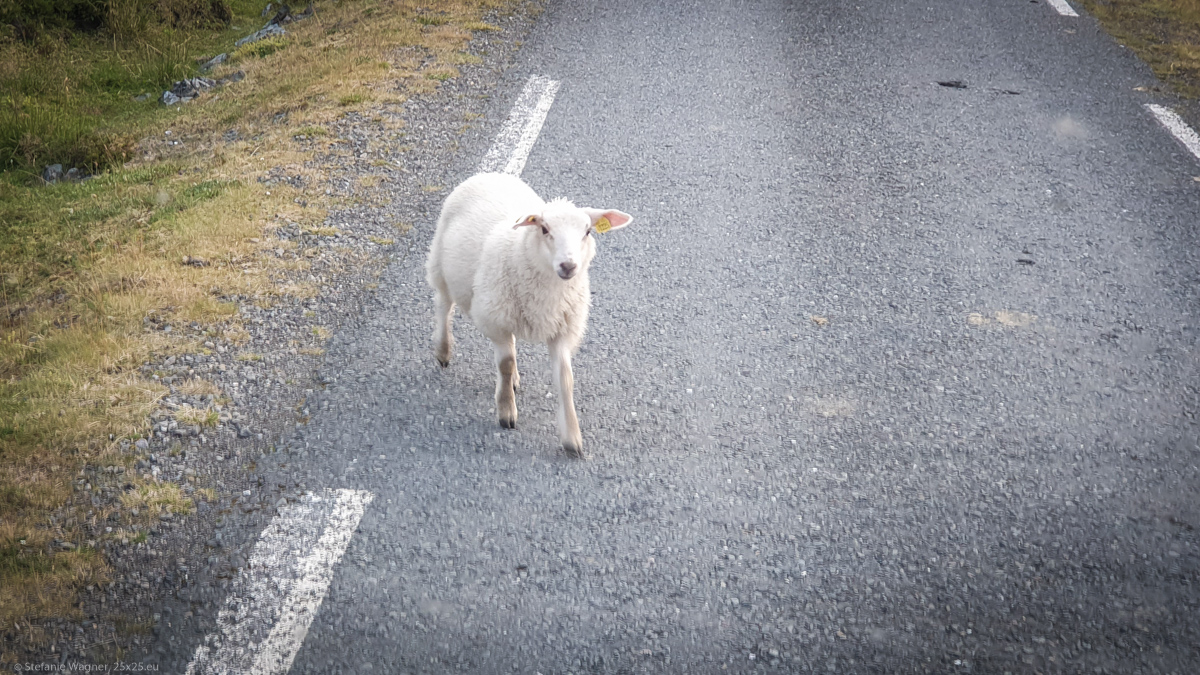 First of all they also like the beach and the sea. Let me summarize my learnings again: swans, cows, reindeer, and sheep like the coast.

At this point it seems to be fair to think basically any animal likes the coast and whatever idea I had of animals not liking salty water – I should get rid of that now and forever.

They show up basically everywhere: in towns as well as outside, next to the street and even relaxing on the street!

According to the information from visitnorway there are around two million sheep in Norway and they can roam around wherever they want.

At some point I realized that I had another misconception around sheep: I always thought they naturally live in flocks. This is the way I have seen sheep so far. However, it seems like was only because we put them in such groups. If left alone the females form small groups together with their offspring. Very often I saw just one adult plus two lambs.

Be careful when driving! When going along the Scenic Route Varanger I had more sheep on the street than reindeer.