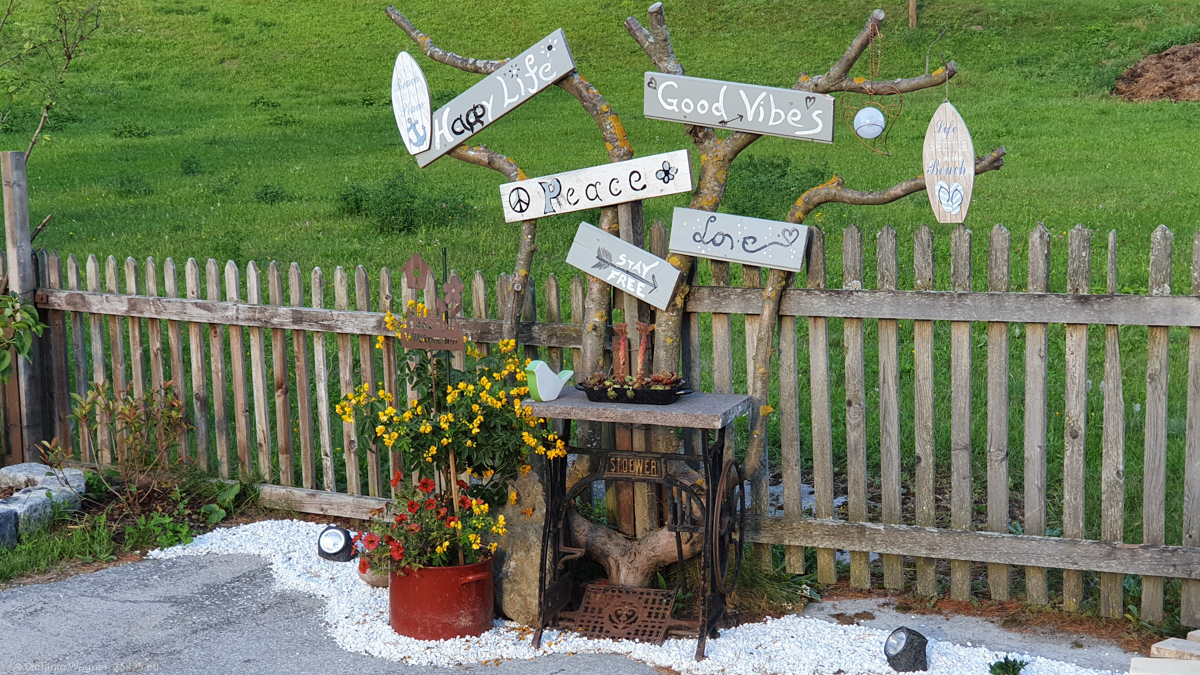 I spent a week in the area of Malta/Gmünd and had a lot of time to roam around. It was also less crowded as during the Covid pandemic there were less tourists from outside the country. This meant social distancing was kind of easy. I must admit, I didn’t expect it to be this easy. Amost felt like wild camping.

If you like the concept of camping on your own this is the perfect setting without breaking any laws about wild camping.

What is exciting today?

You know you are getting older when you start your talks with “when I was young”. But I can’t help it so here we go. When I was young my parents used to take me to “fairy tail forests”. In such forests there would be houses with figures on display that tell a fairy tail, typically those of the Brothers Grimm. Sometimes you could even push a button and the figures would move and make sounds. However, it seems like today this is too boring. For the kids who have television and tablets with lots of entertainment all day long. And also for adults who would like their kids to learn as much as they can. So those “forests” disappear and educational destinations emerge.

I went to one of those areas that used to be just a fairy tail forest but is now the “energy adventure trail” that teaches children and adults the impact of what we do on ecologocial footprints.

Even though I like the intention and the topic is very important I am wondering if everything now has to have a scientific purpose.

Creating a memory by not creating one

Why was I there in the first place? Not to learn anything about energy but to visit the dragon bridge that goes across the canyon of the dragon (a lot of dragon here). It has a span of 175m (575 feet) and is one of the longest suspension bridge in the alps. I was just curios how it feels to be on that bridge.

I must admit it was less different than I thought. It pretty much felt like any other bridge. Might be, because I was alone on it and nobody was trying to let it swing or wobble. Ok, I didn’t try that either. In retrospect I don’t know exactly what I had expected when I went there. Just taking a note for myself: just because it says highest, longest, or whatever doesn’t mean that it is something that would lead to a special memory. Which makes it a memory. Hmmm…

Even though I didn’t plan for it I ran into Roman remains again, the city Teurnia. Two aspects made it different from the other sites I had been to.

It has the best preserved Early Christian bishop’s church in the East Alpine region. Today it is inside a protective building and you need to get the key at the museum’s chash desk to get in. I have never had the experience that I was getting keys to let myself into an archaologic site.

I am always amazed how they find such remains. The information boards give you an overview about the area and one shows the different stages of excavation. How do they find such things in a forest where aerial photography and geomagnetic prospection like in Ruffenhofen doesn’t seem to work.

For another nearby church the answer to that question is luck. While constructing a water pipeline they came across the ruins of a curch with a remarkable mosaic floor. What I find fascinating here is that like the programme in baroque churches visible for example through the symmetry of the side altars (e.g. in Walldürn and Wasserburg) this floor is not just an artistic design but has a special meaning. It uses parables from the animal kingdom.

For example the duck with its four ducklings represent mother church and its believers, referring to the parable of hen and chick at Matthew (23, 37). There is so much hidden information everywhere.

On the other hand, sometimes there is no deep additional information in a picture. On the lower right edge you see something that resembles a chessboard. Well, neither God nor Jesus is supposed to have played chess. So what does this mean? According to the history around this mosaic it was the sponsor who changed the normal position of the inscription from the lower right to the middle left where usually a deer would be placed. Now you are the surprised artist and you need to figure out what to do now. You cannot just put the deer down their because it would not fit to the overall underlying program. You improvise and the result is a chess pattern that is just that – a pattern to fill the space. Clients were never easy in any century…

Even though both of those churches are quite unique there is an even more extraordinary one in Gmünd – the split church. The sanctuary is on one side of the street. On the other side of the street is a two-story gallery where church visitors can sit and listen to the sermon.

The chapel was built first. The room on the other side came later, probably to protect travelers during their devotions in front of the chapel.

According to Wikipedia this is the only church in the world built this way. If you happen to know of another one please don’t hesitate to drop a message.

The valley of waterfalls

This whole area has multiple streams with waterfalls in different sizes. Especially on a hot day it is great to go for a walk there.

How to not visit a waterfall

Some time back I made the stupid decision to go for a walk and ran into the night with only the light of my smartphone helping me to see my way home. You might think I have learned from that. Well, you are wrong.

I thought I do this quick trail around a waterfall. It looked reasonable on paper, straight up and then down in a winding fashion.

It was so beautiful. The waterfall in the sunset with the warm light.

Ok, here is the hint. Sunset! This should have told me something. However, I thought it would be good to just walk a quick round. No big thing, right? It is summer, it takes some time, before it gets dark. So I continued. And the path got really steep and a little tricky.

Once I climbed up there I thought it would be a lot better to continue and not take the same way back. Because I knew there would be the winding path going down which is typically a lot easier to walk as it is normally a kind of road. Yes, brilliant idea, and totally wrong.

In between I almost got lost but I found the path again. I came to the top of the waterfall.

Once I made it to the top I climbed 500m (1,640 feet) during ~2 km (1,2 miles). Let’s say I was a little exhausted. Next time I would read the map a little more carefully to understand the elevation better. As you can see on the picture it was getting darker. However, the path looked good now and I was still very confident.

This confidence ended shortly afterwards when the “nice” path was closed and the real path I was supposed to take branched of to the left to take me down almost as steep as I came up.

This meant I could not at all walk as fast as I had expected. Finally I ended up using the light of my smartphone again to help me find my path and avoid tipping over stones and roots. When I reached the street my legs were burning and I was soaked. In around 2 hours I made it 500m up and 500m down.

What looked easy on paper was not at all easy and I should not have done this trip in the evening. For whatever reason I didn’t realize neither the length nor the elevation of this trail when looking at the map. This was just careless. So I promised myself I will be more careful next time (spoiler: just took me around 2 weeks to do it again 😣).